Mohammad Yamma Shams, Chairman of the Afghanistan Railway Authority, with Mr. Atamardovs, Director General of the Turkmen Railways, on the issues of operation and implementation of railway projects, increasing the volume of transfers and training of Afghan Railway Administration staff in Turkmenistan, via video conference, they talked.

In this meeting, which was also attended by the technical and operational deputies of the Railway Administration, Mr. Shams emphasize the need to increase transfers by rail between the continuation of transfers and taking the necessary measures in case of escalation of the corona situation. 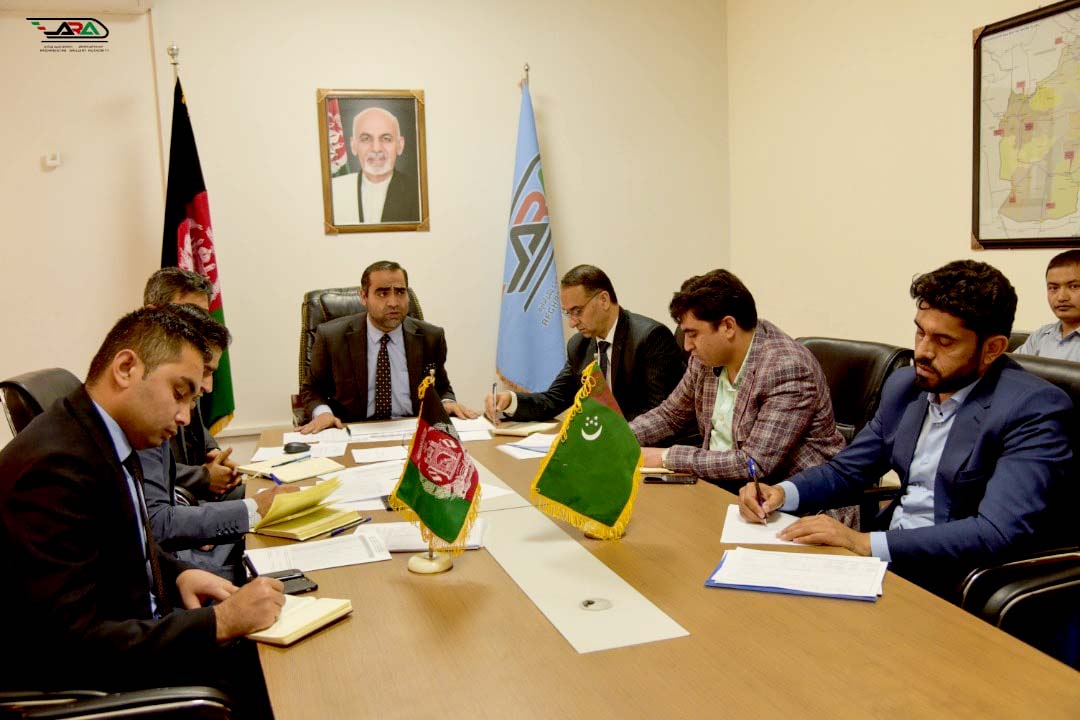 In the other part of the meeting, Afghan railway staff were trained by Turkmen specialists and paved the way for long term training and higher education of Afghan Railway employees in that country in the required sections, and the necessary decisions were made.

Also, the leadership of the Afghan Railways discussed the importance of the Turgundi-Herat railway project and how it will be implemented by Turkmenistan, and the Turkmen side announced its readiness and cooperation in the construction of the first part of the project.

It was decided that in the near future a group of experts as well as delegation with the technical competence of the Turkmen Railway Administration would travel to Afghanistan to take practical steps to implement the above mentioned issues.