Acting Minister of Transport Meets the Spanish Ambassador to Kabul

Acting Minister to the Ministry of Transport and Head of the Afghan Railway Authority, Mohammed Yama Shams, met today with Mr. Gabriel Ferrán Carrión, Ambassador of the Kingdom of Spain to Afghanistan.

Mr. Mohammad Yama Shams welcomed Mr. Gabriel Ferrán Carrión and thanked the kingdom of Spain and EU member countries for their assistance and support in the capacity building, management and organizational structure building for the Afghan Railway Authority and considered it important for the development and growth of the Afghan railway. He added that Spain could cooperate with Afghanistan in the future on national rail projects in the wagon and locomotive sector, or in investment in the creation of Whirl infrastructure. Because Spain is one of the leading countries that has been able to successfully solve the problem of whirl. 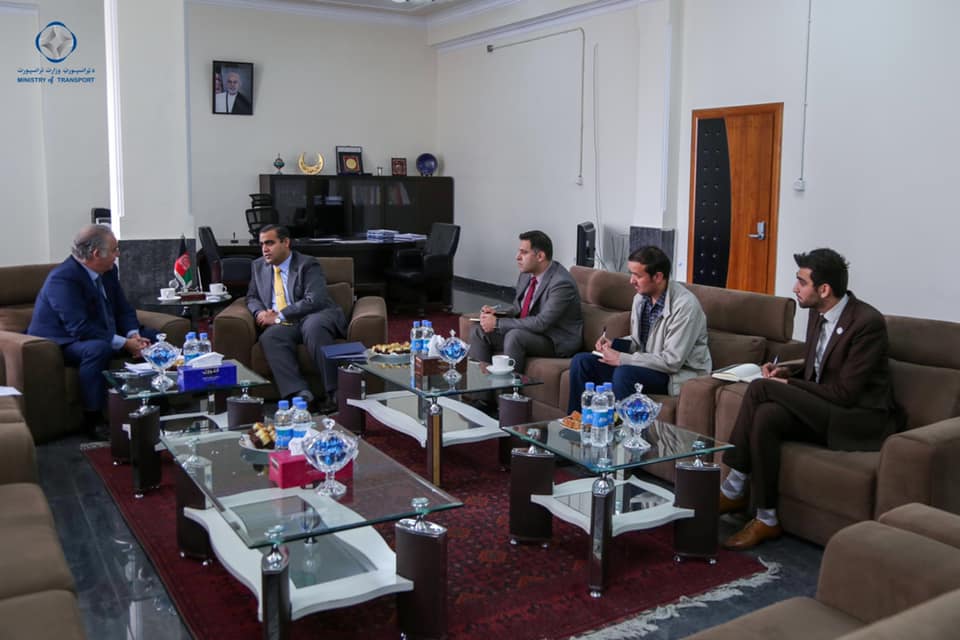 Acting Minister Shmas then discussed Afghanistan's space management and capacity building of Afghans in the areas of ground management, the TiR system and investment in border land ports. The two sides stated that there are good opportunities for joint work in this area.

Mr. Yama Shams reiterated that the regional connectivity is very important, stating that it is time for us to take practical steps in the area of ​​regional connectivity, otherwise Asia would remain disconnected. Mr. Shams added that Afghanistan has been connecting to most of its neighboring countries by rail and that the process is ongoing.

In order to Afghanization the railway affairs, a contract of technical support signed with Mansor fateh company!

yesterday, Monday, in witness of the leadership of administrative office of the president and the representatives of media, the railway authority signed a contract of technical support. . .

Read more about In order to Afghanization the railway affairs, a contract of technical support signed with Mansor fateh company!